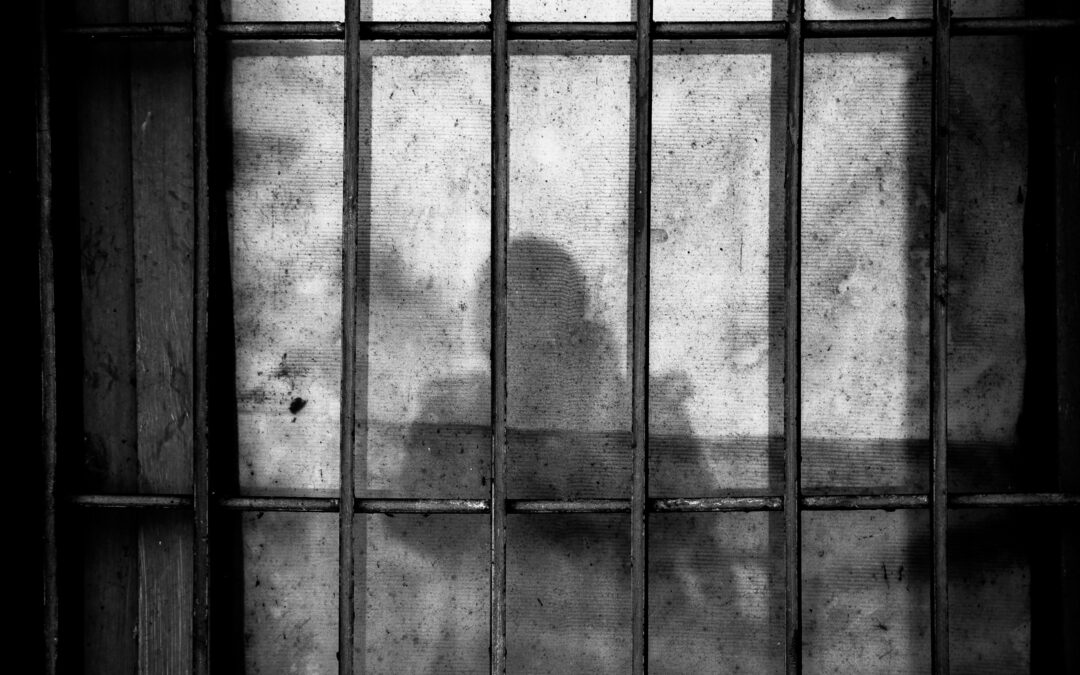 Art. 5 § 3 • Reasonableness of pre-trial detention • Domestic courts’ failure to provide “relevant” and “sufficient” reasons justifying extension of applicants’ pre-trial detention; Art. 18 (+ Art. 5 § 3) • Restrictions for unauthorised purposes • Pre-trial detention of opposition activists with the ulterior and predominant purpose of punishing and silencing them for their active involvement in anti-government demonstrations.

57.  As regards the period to be taken into consideration for the purposes of Article 5 § 3, the Court notes that this period commenced on 7 March 2013, when the applicants were arrested, and ended on 6 May 2014, when the Baku Court of Serious Crimes convicted them. Thus, the applicants were both held in pre-trial detention for one year, one month and twenty nine days in total.

58.  The Court notes that the applicants’ pre-trial detention was extended by a number of decisions delivered by the Nasimi District Court and the Baku Court of Appeal, which also dismissed the applicants’ requests to be placed under house arrest rather than in pre-trial detention (see paragraphs 17-24 and 26-35 above). In that connection, the Court observes that both the first-instance court and the appellate court used a standard template. In particular, the domestic courts limited themselves to repeating a number of grounds for detention in an abstract and stereotyped way, without giving any reasons why they considered those grounds relevant to the applicants’ cases. They also failed to mention any case-specific facts relevant to those grounds and to substantiate them with relevant and sufficient reasons (see Farhad Aliyev v. Azerbaijan, no. 37138/06, §§ 191‑94, 9 November 2010; Muradverdiyev v. Azerbaijan, no. 16966/06, §§ 87-91, 9 December 2010; and Zayidov v. Azerbaijan, no. 11948/08, §§ 64-68, 20 February 2014). The Court also finds it striking that the domestic courts relied on the first applicant’s way of life and links with foreign States as grounds for his continued detention, without providing any explanation or information in support of their reasoning (see paragraphs 20 and 22 above).

59.  The Court notes that the domestic courts also cited irrelevant grounds when they extended the applicants’ pre-trial detention. In particular, they stated that more time was needed to complete the investigation (see paragraphs 20, 23, 26 and 33 above). However, the Court reiterates that, under Article 5 § 3, grounds such as the need to implement further investigative measures, or the fact that proceedings have not yet been completed, do not correspond to any of the acceptable reasons for detaining a person pending trial (see Allahverdiyev v. Azerbaijan, no. 49192/08, § 60, 6 March 2014, and Mammadov and Others v. Azerbaijan, no. 35432/07, § 99, 21 February 2019).

60.  The Court also cannot overlook the fact that the domestic courts completely disregarded the second applicant’s age in their decisions extending his pre-trial detention. In that connection, the Court notes that the second applicant’s pre-trial detention as a minor should have been considered as a measure of last resort and for the shortest appropriate period of time in accordance with Azerbaijan’s international obligations (see paragraphs 48-50 above) and Article 434.2 of the CCrP (see paragraph 45 above). However, the domestic courts did not even try to elaborate in their decisions on why this exceptional measure should have been taken in respect of the second applicant (compare Nart v. Turkey, no. 20817/04, § 33, 6 May 2008; Korneykova v. Ukraine, no. 39884/05, § 46, 19 January 2012; and Mahmut Öz v. Turkey, no. 6840/08, § 36, 3 July 2012).

61.  In view of the foregoing considerations, the Court concludes that, by using a standard formula merely listing the grounds for detention without addressing the specific facts of the applicants’ cases, and by citing irrelevant grounds, the authorities failed to give “relevant” and “sufficient” reasons to justify the need for the extension of the applicants’ pre-trial detention.

68.  The Court considers at the outset that in the present application the complaint under Article 18 constitutes a fundamental aspect of the case that has not been addressed above in relation to Article 5 § 3 and merits a separate examination.

69.  The Court furthermore observes that the circumstances of the present case and the complaint raised under Article 18 of the Convention by the applicants are similar to those already examined by the Court in the case of Rashad Hasanov and Others (in which the Court found a violation of Article 18 of the Convention, taken in conjunction with Article 5). In particular, the applicants in the present case and the four applicants in the case of Rashad Hasanov and Others were arrested and detained mainly on the basis of the same criminal charges and were subsequently prosecuted and convicted within the framework of the same criminal proceedings (see Rashad Hasanov and Others, cited above, §§ 5-12 and §§ 65-66).

70.  However, unlike in the case of Rashad Hasanov and Others, in the present case the Court was not called upon to examine whether the applicants were deprived of their liberty in the absence of a “reasonable suspicion” of their having committed a criminal offence, as the applicants did not appeal the original decisions depriving them of their liberty (see paragraphs 9 and 13 above) and did not raise this complaint in their appeals against the extension of their pre-trial detention, and thus did not exhaust domestic remedies in this regard. The present case should therefore be distinguished from cases in which an applicant’s right or freedom was restricted for a purpose that was not prescribed by the Convention; in those cases no issue arose in respect of a potential plurality of purposes (compare, for example, Rashad Hasanov and Others, cited above, § 119; Aliyev v. Azerbaijan, nos. 68762/14 and 71200/14, § 206, 20 September 2018; and Navalnyy, cited above, § 166). In the present case the Court must deal with the issue of plurality of purposes in the examination of the applicants’ complaint under Article 18 of the Convention. The Court will thus examine whether the domestic authorities’ decisions to keep the applicants in pre-trial detention also pursued an ulterior purpose, and, if that is the case, whether that ulterior purpose was the predominant purpose of the restriction of the applicants’ right to liberty (compare Merabishvili, cited above, §§ 318‑54).

71.  As regards the question of whether the applicants’ continued pre-trial detention pursued an ulterior purpose, the Court has already found in the case of Rashad Hasanov and Others (cited above, §§ 122‑24) that the joint public statement of 8 March 2013 issued by the Prosecutor General’s Office and the MNS clearly targeted NIDA and its members, stating that “illegal attempts to undermine the social-political stability established in the country have recently been made by some radical destructive forces”. It is also clear from the above-mentioned statement that from the very beginning of the criminal proceedings, within the framework of which the applicants were kept in pre‑trial detention, the law-enforcement authorities tried to link the applicants’ alleged possession of narcotic substances and Molotov cocktails to their membership in NIDA by stating, without any reservation, that “since mid-2012 all three individuals, being addicted to narcotic substances and having become members of NIDA through the Internet, had actively participated in a number of the organisation’s illegal activities” (see paragraph 14 above) (see Rashad Hasanov and Others, cited above, § 122).

72.  The Court furthermore held that the prosecution authorities intended to demonstrate that NIDA and its members were “destructive forces” and an organisation carrying out “a number of illegal activities”, solely relying on the fact that narcotic substances and Molotov cocktails had allegedly been found in the flats of NIDA members (ibid., § 123).

73.  The Court also considers that the institution of criminal proceedings against the applicants by the prosecuting authorities and their subsequent pre-trial detention were used by the domestic authorities to prevent the organisation of further protests against the government. In that connection, the Court attaches weight to the timing of the institution of criminal proceedings against the applicants on the eve of the demonstration scheduled for 10 March 2013, following a series of demonstrations against the government in which the applicants and other members of NIDA had actively participated (compare Mammadli v. Azerbaijan, no. 47145/14, § 102, 19 April 2018, and Ibrahimov and Mammadov v. Azerbaijan, nos. 63571/16 and 5 others, § 153, 13 February 2020). The Court also does not lose sight of the fact that the prosecuting authorities in their statement of 8 March 2013 tried to portray twenty-eight leaflets worded “democracy urgently needed, tel: + 994, address: Azerbaijan” (təcili demokratiya tələb olunur, tel : + 994, ünvan: Azərbaycan), found in the first applicant’s flat, as illegal material proving the applicants’ intention to incite violence and civil unrest during the unlawful demonstration scheduled for 10 March 2013 (see paragraph 14 above).

74.  The Court considers that the above‑mentioned elements are sufficient to enable it to conclude that there was an ulterior purpose in the applicants’ pre-trial detention; namely, it was aiming at punishing and silencing NIDA members for their active involvement in the demonstrations held against the government regarding the deaths of soldiers serving in the army.

75.  The Court must now determine whether the ulterior purpose in question was the predominant purpose of the restriction of the applicants’ right to liberty. It reiterates that precisely which purpose is predominant in a given case depends on all the relevant circumstances. In assessing that point, the Court will have regard to the nature and degree of reprehensibility of the alleged ulterior purpose, and will bear in mind the fact that the Convention was designed to maintain and promote the ideals and values of a democratic society governed by the rule of law (see Merabishvili, cited above, § 307).

77.  The Court further notes that the authorities apparently attached utmost importance to their actions targeting NIDA as an organisation and its administration. It therefore appears that the institution of criminal proceedings against the applicants and their subsequent pre-trial detention were used by the domestic authorities to prevent the organisation of further protests against the government regarding deaths of soldiers serving in the army (see paragraph 73 above) and, also, to paralyse NIDA’s activities through the subsequent arrest and detention of four board members of NIDA in March and April 2013. The Court has already found that their arrest and detention had been in breach of Article 5 § 1 of the Convention and Article 18 of the Convention in conjunction with Article 5 (see Rashad Hasanov and Others, cited above, §§ 108 and 127). All of the above points to a predominance of the ulterior purpose pursued by the authorities in the applicants’ case.

78.  This is also seen in the way that the domestic courts handled the extension of the applicants’ pre-trial detention. In particular, the domestic courts did not solely fail to give “relevant” and “sufficient” reasons to justify the need for the extension of the applicants’ pre-trial detention, but also completely ignored the second applicant’s age – a major element which, if it had been taken into account, would probably have resulted in his rapid release from pre‑trial detention (see paragraph 60 above).

79.  Bearing in mind all the circumstances of the case, the Court is satisfied that the ulterior purpose of the restriction of the applicants’ liberty resulting in their continued pre-trial detention constituted the predominant purpose, which was to punish and silence NIDA members for their active involvement in the demonstrations held against the government regarding deaths of soldiers serving in the army.

80.  There has accordingly been a violation of Article 18 of the Convention, taken in conjunction with Article 5 § 3.