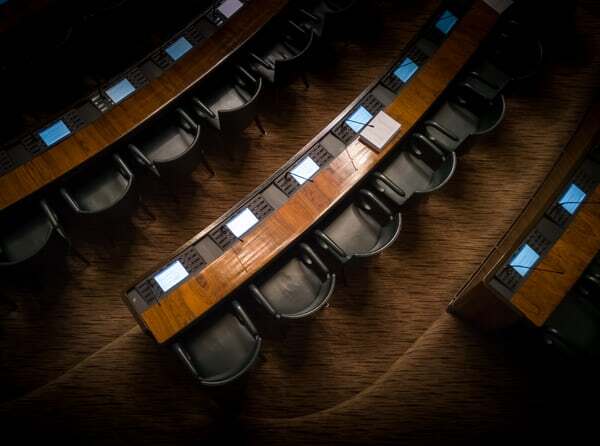 Art. 6 § 1 and Art. 6 § 3 (c) • Fair hearing • Insufficient interests cited by domestic court to outweigh applicant’s right to attend appeal hearing in person through a second adjournment • Relative brevity of pending proceedings and no need for requested adjournment to be of a long duration • Reasoning provided by applicant as to importance of her attendance, considering consequences of outcome for her employment and wish to explain causes and prevention of reoffending

The case concerns a complaint under Article 6 §§ 1 and 3 (c) of the Convention regarding the refusal of the appellate jurisdiction to adjourn the hearing of the applicant’s criminal case in order for her to attend the hearing in person.

49.  The Court further notes that the applicant neither waived her right to attend the hearing of the Court of Appeal, nor attempted to evade justice; (…). It is also the case that the applicant’s counsel, Mr S. at the time, made a professional mistake in agreeing to a hearing on a date on which the applicant would be unable to attend (see paragraph 14 above).

50.  The Court of Appeal was called upon to consider, (…), whether the reason given by the applicant for her absence was sufficiently urgent and credible and whether her interest in the adjournment sought should take precedence over the interest of the proper administration of criminal justice. Apparently accepting as given the credibility of the reasons stated, the Court of Appeal weighed the applicant’s interest against “the interest of society in an effective and expeditious trial and the interest of a proper organisation of judicial proceedings”, finding it “significant” that the hearing had been adjourned once already for the same reasons (see paragraph 16 above).

51.  The Court observes, however, that the Court of Appeal did not set out in its judgment for what reason(s) the interests to which it had regard outweighed the applicant’s interest in being able to exercise her right to attend the hearing of her appeal in person (compare, mutatis mutandis, Hokkeling, cited above, § 62). In this context the Court has taken note of the recent case-law of the Supreme Court according to which trial courts are to provide sufficient reasoning when they reject a request for an adjournment (see paragraphs 29-30 above).

52.  Given the relative brevity of the length of time during which the appeal proceedings had been pending – the first-instance judgment had been pronounced on 30 January 2015, less than six months earlier (see paragraph 6 above) – and considering that there would have been no need for the requested adjournment to be of a long duration as it was known to the Court of Appeal that the applicant would be available to attend a hearing between 27 July and the end of August 2015 (see paragraph 12 above), it appears to the Court that the weight of the interests indicated by the Court of Appeal was relatively modest. By contrast, the applicant had reasoned her wish to attend the hearing by explaining why this was important to her, for which reason she had, moreover, declined to authorise her counsel to conduct the defence on her behalf (see paragraphs 13-14 above).

53.  While it is true that in the present case it was not in doubt that the applicant had committed a criminal offence (see also paragraph 5 above), the Court observes that, in accordance with Article 350 of the CCP, which provision equally applied in the appeal proceedings, the Court of Appeal was also called upon to deliberate on the criminal liability of the applicant and on the imposition of the punishment (see paragraphs 24-26 above). It was thus for the appellate court to establish her guilt and to determine the sentence to be imposed, which it could reduce or increase and which sentence could involve imprisonment (see paragraphs 23 and 25 above), a type of penalty which carries a significant degree of stigma (see Talabér v. Hungary, no. 37376/05, § 27, 29 September 2009). The applicant was clearly worried about the consequences for her employment which the imposition of an unsuspended, or the execution of a previously suspended, prison sentence would entail (see paragraphs 14 in fine and 20 above) and the outcome of the proceedings before the Court of Appeal was therefore of crucial importance to her.

54.  The Court further observes that in its determination of the sentence the Court of Appeal attached relevance to an advisory opinion according to which the applicant did not want to cooperate with treatment within the framework of probation and social rehabilitation, and the Advocate General had stated at the hearing that the applicant had a history of evading care (see paragraphs 18 and 15 above). As the Court of Appeal had been informed, the applicant wished to address that court in person in order to explain the causes of her reoffending and also her willingness to prevent further occurrences of shoplifting and to elaborate on the aspects that had helped her not to reoffend since her last arrest (see paragraph 13, 14 in fine and 39 above). In the light of the case‑law set out in paragraphs 43-46 above, the Court takes the view that she should have been enabled to do so.

55.  While the interests cited by the Court of Appeal were undoubtedly relevant, the Court considers that in the circumstances of the present case they were not sufficient to outweigh the applicant’s right to attend the hearing of her appeal in person.